On the Dec. 21 episode of The Bachelorette, Tayshia dealt with a double whammy in surprises when her front runner Brendan decided to go home before their Fantasy Suite date and former suitor Ben returned to profess his love after being sent home on the previous episode.

Despite winning the hearts of Bachelor Nation with his sweet earnestness and genuine affection for Tayshia, Ben displayed a real difficulty in expressing himself in a way the Bachelorette could understand. He frequently found himself at a loss for words, while his confessionals revealed he was practically overflowing with emotions. When he surprised Tayshia by appearing outside her room, he told her he loved her and understood her frustrations with his inability to express himself earlier. Overwhelmed, Tayshia asked for a moment alone as she retreated into her bedroom, asking an unseen producer what she was supposed to do. The episode ended with the producer saying, “It’s up to you,” which is all well and good, but not especially helpful.

I understand why Ben wanted to come back to speak with Tayshia — I was one of the people rooting for him during his original run on the show. The two of them had a strong connection, but that isn’t a good enough reason for Ben to ignore the fact that Tayshia bid him goodbye and went on with the rest of her relationships. He isn’t even the first person to do so this season; Bennett was the first suitor to make a return after being eliminated only a few episodes ago, and he gave a nearly identical spiel as Ben. He told Tayshia he felt something for her that he had never felt before and didn’t want to let their chance at a relationship go. For something that seems incredibly romantic in movies and books, in the reality of The Bachelorette, it’s a lot more frustrating than swoon-worthy.

When a Bachelorette (or a Bachelor) decides not to give someone a rose, their journey ends there. The lead (in this case, Tayshia) made the best decision for them, which meant ending their relationship with that suitor. There are other contestants whom the lead wants to pursue a relationship with, and that is their choice. When a contestant comes back after being eliminated, they’re disregarding that decision because they don’t like it. They’re essentially demanding that the lead either reject them again or cater to their feelings instead of accepting that the lead knows what they want for themself. When Ben came back and told Tayshia he loves her and wants a second chance, he was asking her to ignore the call she made after assessing where their relationship was, what she needed from him, and what he was able to give her. That isn’t fair to Tayshia, and it’s not fair to the men whom Tayshia kept on because she felt they were better suited as partners for her.

I do not doubt that Ben, Bennett, and the score of other contestants from the Bachelor franchise who have attempted to rejoin a season after being given the boot were spurred on by producers to do so to stir up drama in the house. However, that doesn’t make the act any less irritating to watch. It’s not the grand romantic gesture people may believe it is, especially when the problem that pushed the elimination isn’t one that could possibly go away with just a few days of being apart. In Ben’s situation, he struggles to express his feelings after years of suppressing them. He admitted several times that he tends to freeze up when things get tough, when he feels overwhelmed, or when he’s emotional. There’s nothing wrong with that, a lot of people have those feelings, but it’s clear that Tayshia is looking for a partner who is more readily expressive. If we were going by the Five Love Languages, Tayshia’s would be words of affirmation, and Ben is not in a place where he can provide that as easily as another person. That’s a pretty good indicator that regardless of how much they like each other, they just don’t work as well as they’d like.

It would be different if, like Brendan, Ben had left of his own volition. It would still be rude of him to disrupt the process, but at least he wouldn’t be disregarding Tayshia’s decision. Or if Tayshia were the one to reach out to him for him to come back. But the last-ditch effort to get someone to take you back after they’ve given you a firm no is not as dreamy as the movies would like for anyone to believe. 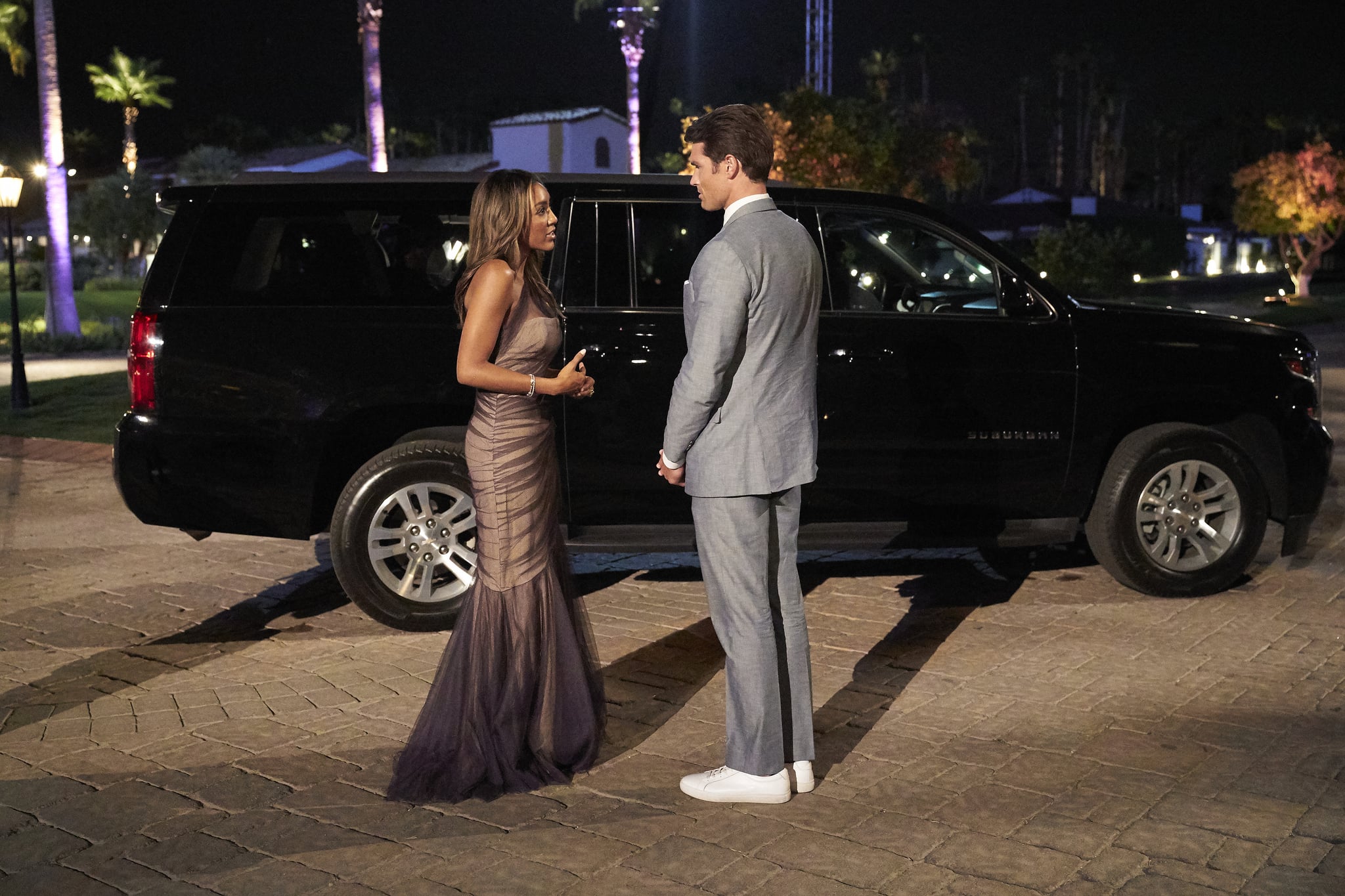 I’m sure the people who have done it before believe they’re making a gesture to show their respective lead that they’re devoted to them and want a future with them, but it can come off as dismissive of said lead’s valid reasoning for sending them home. If you had an ex who came back around after you had dumped them and were interested in another person, I have no doubt you (and all your friends) would have no qualms about telling them to hit the bricks again. Most people who try to make a comeback don’t even make it to the final rose! So, what is even the point of the comeback attempt? (I know, it’s for the drama!)

I’m not sure what Tayshia will decide when it comes to Ben and his plea for a second chance, but regardless of how much of an adorable turtle he is, I hope she sends him back home. She had very good reasons for doing so in the first place, and those issues aren’t resolved because he was able to make a declaration after he lost her. She has enough on her plate choosing between her remaining suitors, and she honestly doesn’t deserve the stress! And for everyone looking to join Bachelor Nation, do me a favor and do not follow in these footsteps. When someone asks you to leave, you stay gone!

Will Amber Heard Be in Aquaman 2?

How Does Downton Abbey: A New Era End?

Xbox & Bethesda Games Showcase 2022: How to Watch, Start Times, What to Expect

When Things GO WRONG In The PHILIPPINES – BecomingFilipino Fail

Lifestyle - May 24, 2022
0
Everything went wrong for me in the Philippines! This was a big BecomingFilipino Fail... At least when it comes to art in Lake Sebu! Get...

When Things GO WRONG In The PHILIPPINES – BecomingFilipino Fail